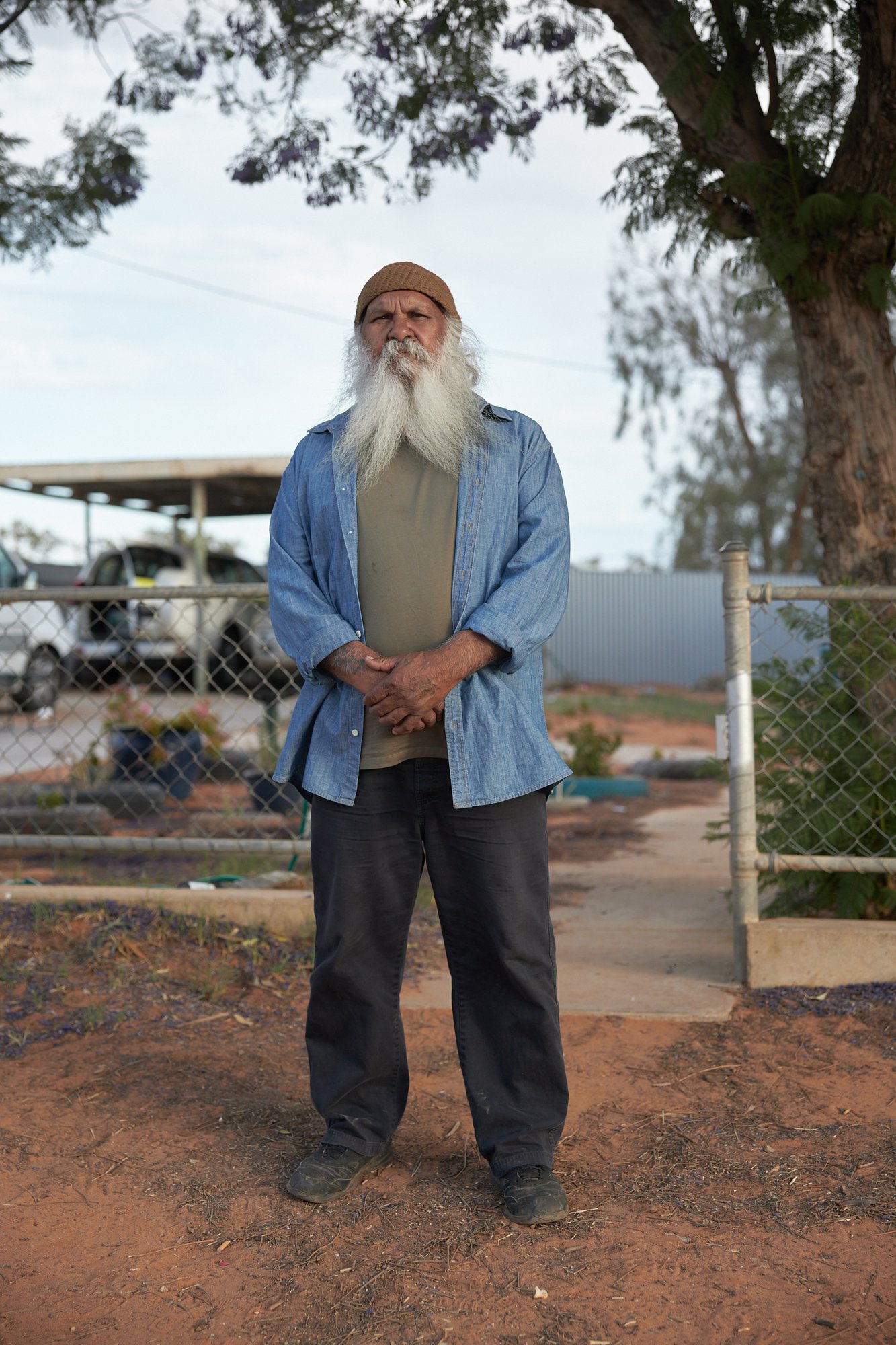 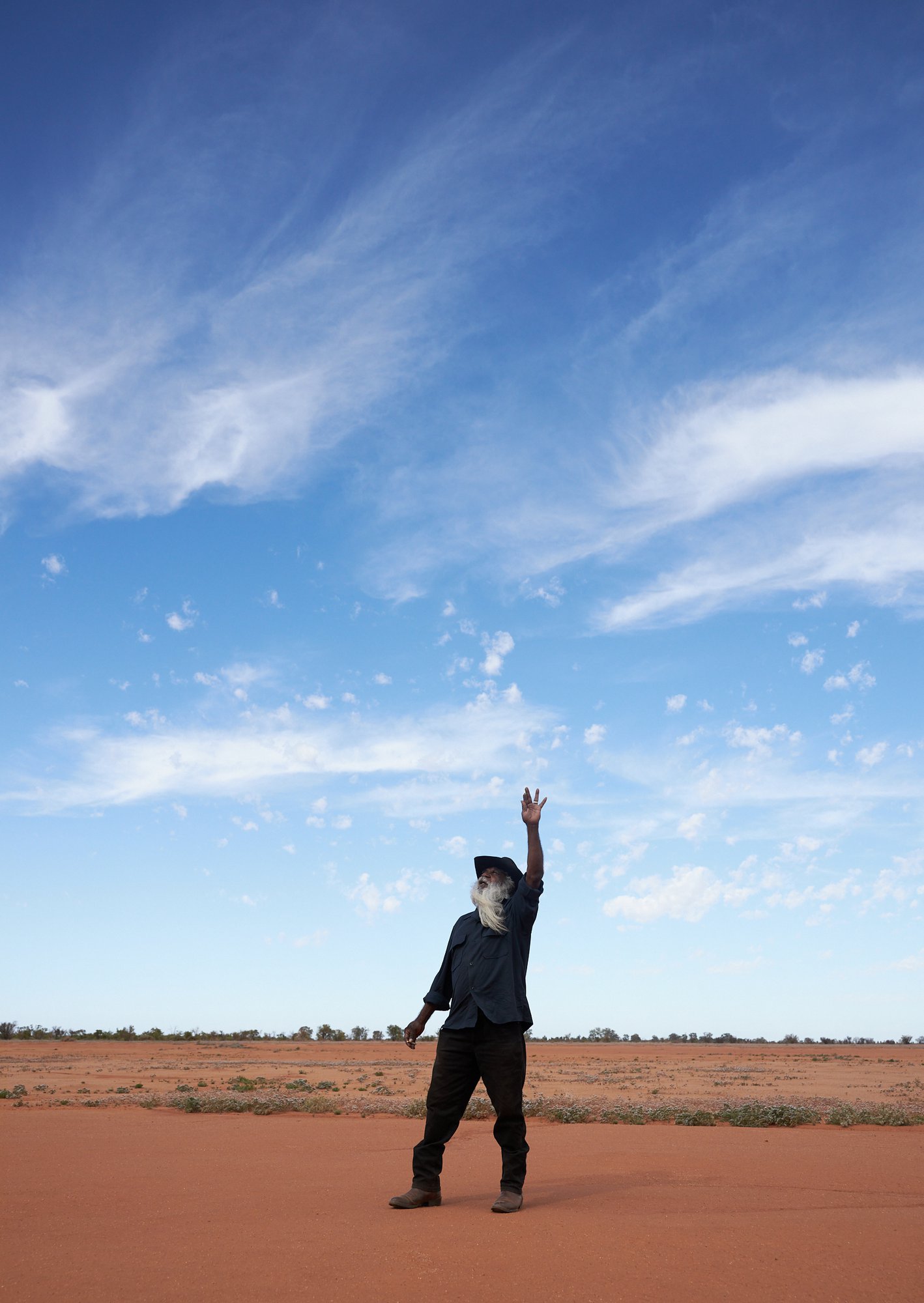 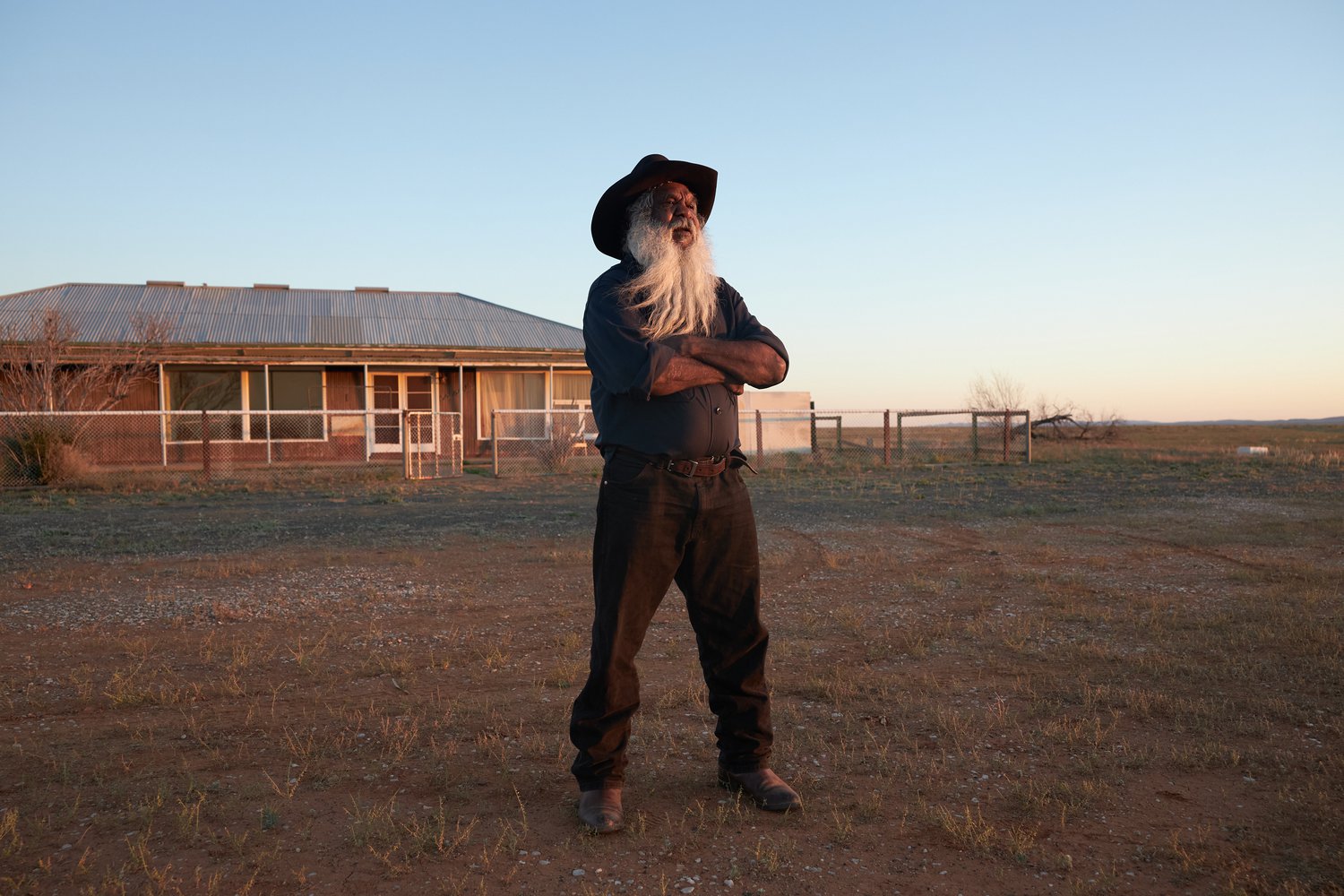 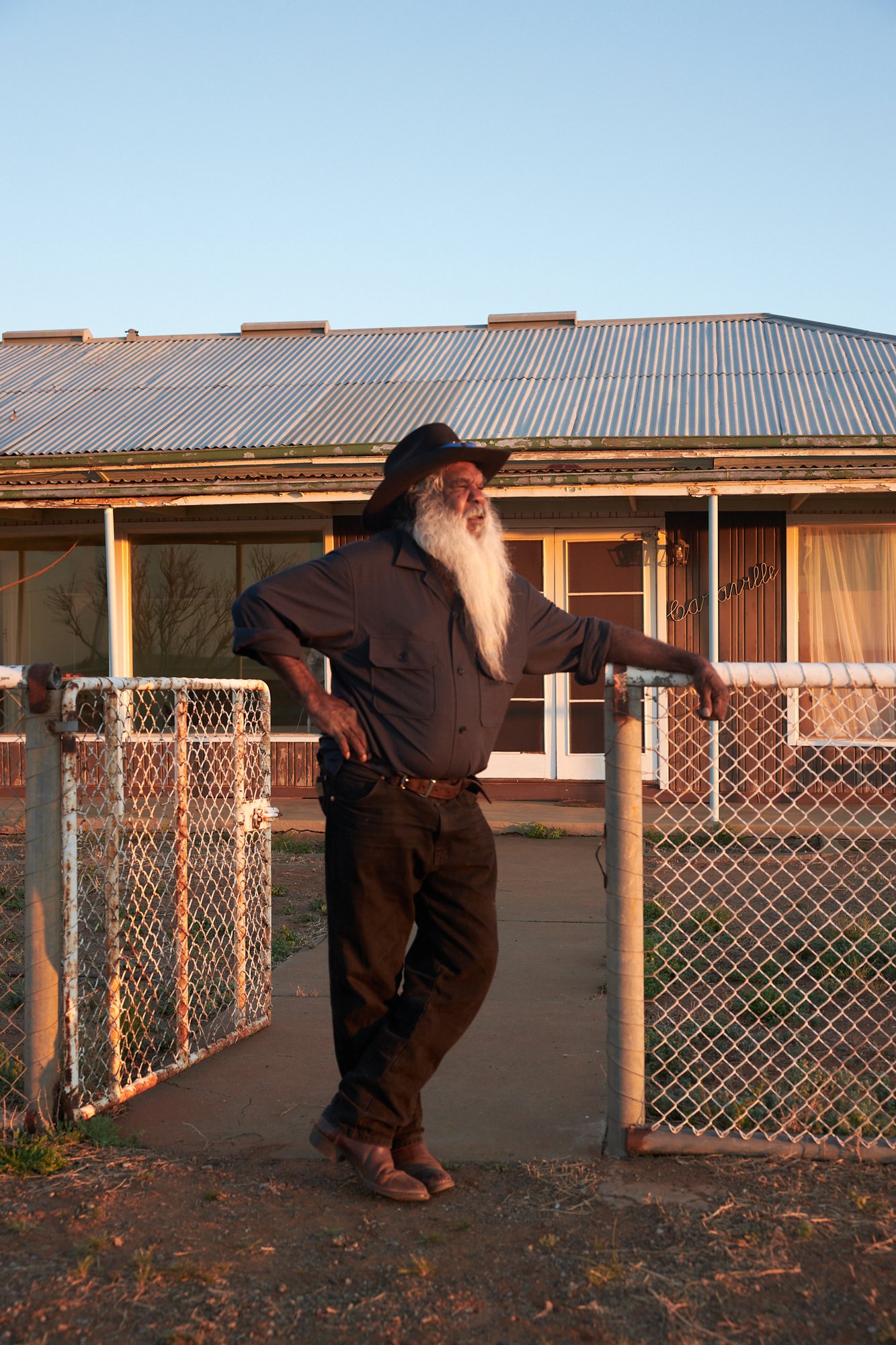 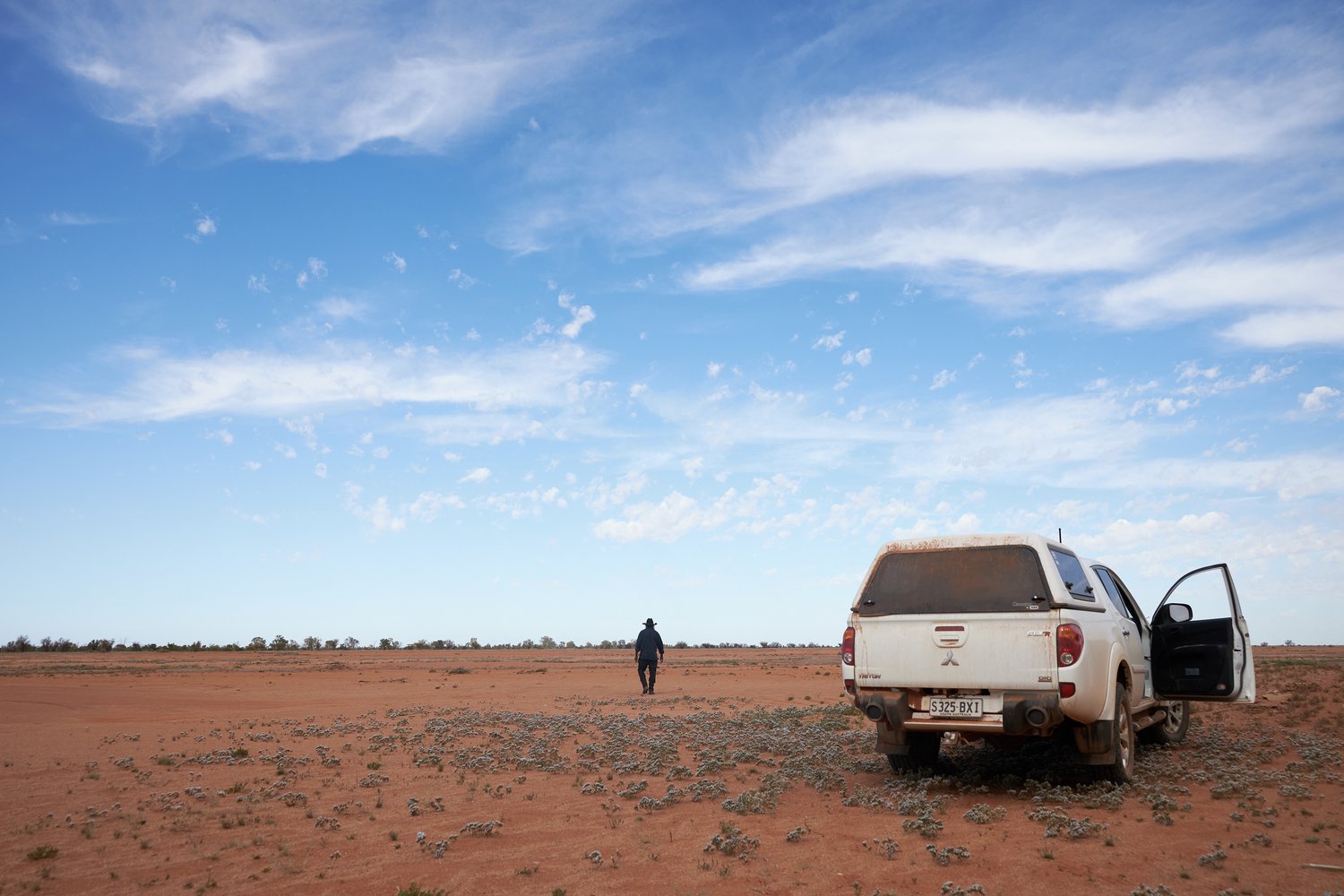 Joel Pratley travelled to Broken Hill to work on Arrilla, Westpac & KPMGs Indigenous Leaning Campaign. He spent most of his time with Buldara Yurrangingi man, Gibson John - sharing laughs, moments of reflection and listened to his stories of Mob and Culture.

"Upon driving back from a stop at the Mad Max Museum (which I highly recommend if you're passing through Silverton) we talked. Also known as Buldara Yurrangingi, he is an Eastern Arrente Man, a jackeroo by trade, and he explained why he wore black each day, it is a sign of mourning in his culture. He was extremely devoted to his wife which he recently lost, but was still hopeful for the future, especially with the support of his children. At our farewell dinner, he addressed all the crew with tears in his eyes, thanking everyone for being a part of the project that helped give him strength during this difficult period in his life." - Joel Pratley

Joel was honoured to work alongside Arrilla, KPMG Creative Director Andrew Ostrom, Director Brendan Fletcher and DOP Hugh Miller; together they aimed to educate Australian's through real stories, and remove barriers between First Nation communities and the basic services we often take for granted.